Prof. Khalid Ali Fouda, Dean of College of Medicine at King Saud University, stressed the importance of health education and its role in raising community awareness during the launch of the awareness exhibition "Your Sinuses" in King Khalid University Hospital. The exhibition was organized by the ENT Department in collaboration with the Saudi Otolaryngology Society and it aims to inform people on sinus diseases and their causes and treatments.

Dr. Mohammed Al-Aula, the Chairman of the Event Organizing Committee, explained that sinuses are a connected system of hollow cavities in the skull and they help humidify the air we breathe in through nasal passages and mucus production, and they also reduce weight of skull and give resonant sound to voice. He added that sinus patients usually have problems that may cause infections due to air changes, i.e., inflammation of the membranes lining the sinuses (sinusitis).

Dr. Sa'ad Al-Saleh pointed out that there are many types of sinus infections, including acute inflammation, which may show symptoms suddenly and does not last for more than two weeks to four weeks, semi-acute inflammation with symptoms lasting to four to twelve weeks, and chronic/frequent sinusitis. He further added that the causes and factors of sinusitis are respiratory infection, allergies, nasal septum deviation, and other conditions that may cause sinusitis. He noted that there are signs indicating symptoms of sinusitis such as nasal congestion, headache, pain and swelling around the eyes as well as decreased sense of smell and taste, and patients experiencing such symptoms should immediately consult an ENT doctor for proper treatment. 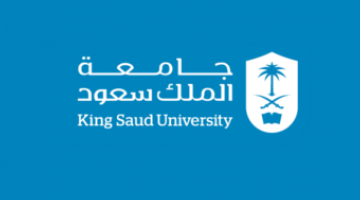 King Saud University Agency for Planning and Development, represented by the Deanship