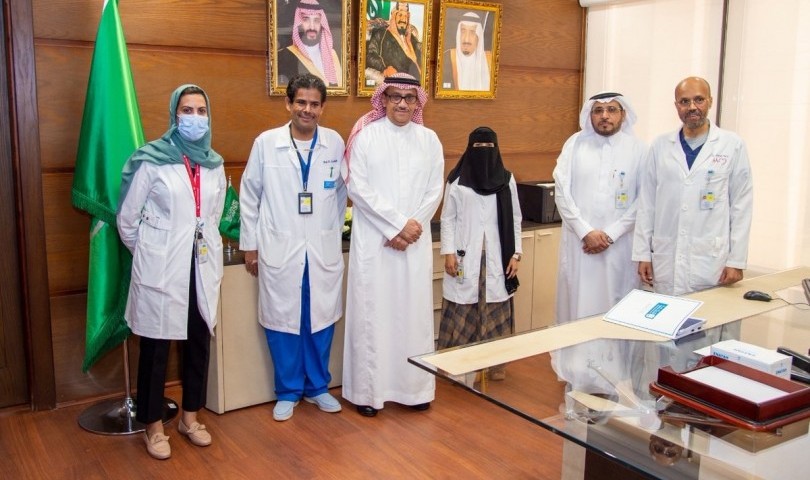 This recognition came as part of the Scientific and Institutional Excellence Award in Expenditure Efficiency in its fourth edition, which is a semi-annual award presented by the Expenditure and Projects Efficiency Authority with the aim of achieving autonomous and sustainable expenditure efficiency without affecting the quality of services provided in accordance with the best local and international practices.

Dr. Al-Khalifah said that this initiative aims to save time and effort by diagnosing growth hormone deficiency in children in a new way that has proven successful after several studies. She explained that previously, the test was performed in the traditional way using the stimulating agent Clonidine and then Glucagon, which required the child to be hospitalized for two days to measure the level of growth hormone every 30 minutes over a period of 5 hours.

She further added that in the new protocol, Glucagon is replaced with Arginine and the two tests are performed on the same day within two and a half hours, thus reducing the blood samples from 11 samples to 7 samples.

She indicated that the social impact of this initiative is reducing the wait time for testing from 6 months to just one week and reducing the period of fasting and hospitalization for the child from two days to one day, which contributes to vacating beds for more serious cases and saving a lot of money.

His Excellency the President of King Saud University, Prof. Dr.

A medical team at the Department of Surgery at King

A medical-surgical team in Thoracic Surgery at King Saud University

Professor and Consultant of Pediatric Urology at the College of